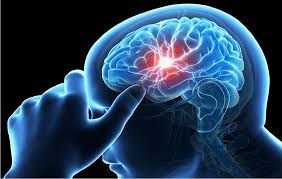 Stroke is among the leading causes of severe long-term disabilities. It reduces mobility in more than 50% of its patients who are aged 65 and above. According to NINDS, 15-30% of patients develop a permanent physical disability while most patients regain their hands and legs’ functionality. Symptoms associated with stroke vary from dizziness, fatigue, blurred vision, slurred speech, fatigue, and numbness. However, according to a survey done, only 38% of the respondents knew the stroke’s significant symptoms. The most recognized sign by 98% of the respondents was numbness on one side. Knowing these symptoms is crucial because it can reduce disability in patients. Those who start receiving treatment three hours after the first symptom show less disability than those who receive delayed care.

Stroke is among the top five causes of death after cancer, heart diseases, and respiratory diseases. Survival after one suffers from a stroke depends on two factors; age and the severity of the stroke. This severity is measured by conduction of a CT scan or MRI or analysis of neurological impairments.

Stroke is among the leading causes of death is very costly to treat; in 2010 alone, ASA estimated 73.7 billion used to incur costs of medical services, treatment, and sick days. Between 2014 and 2015, the total cost was 46 billion dollars in the U.S.

Stroke Statistics in the U.S

According to a 2018 study by the Center for Disease Control (CDC), 1/6 of deaths from cardiovascular diseases are caused by stroke. In the United States, someone suffers from a stroke every 40 seconds, and one dies of the same every four minutes. Yearly, more than 975 thousand citizens have a stroke, and approximately 75% of these are from new or first strokes. There are various categories of stroke; ischemic, transient ischemic attacks, and hemorrhagic strokes. The most common of them is ischemic, where the blood supply to the brain is blocked. This category comprises around 87% of strokes.

Transient Ischemic Attacks are referred to as mini-strokes. According to NINDS, a patient with a mini-stroke has a 10-20% chance of having another stroke in 3 months than one with a full-blown stroke. In their case, their chances of having another attack in the next 90 days range between 2-7%. Also, if one suffers a stroke between 40-69 years, statistics show that 20% of these individuals suffer another stroke within five years.

In Canada, in 2000, seven percent of deaths were attributed to stroke. Now, every seven minutes, a Canadian dies of a stroke. In the early 2000s, stroke was the second largest contributor to hospital costs. A 2002 World Health Report estimated 15 million patients of stroke yearly worldwide, five million of whom are left disabled permanently while another five million succumbed. In Europe alone, approximately 650 thousand deaths are reported.

Stroke Statistics According to Age

Among the factors predicting the chances of survival of a stroke patient, there is age. While the risk of a stroke increases with age, this does not mean that only older adults suffer from a stroke. According to the CDC, stroke can occur at any age; in 2009, 34% of those hospitalized due to stroke were below the age of 65. This shows that despite the thought that the older generation is prone to stroke because of age, the probability that a young person can be a stroke patient is not zero.

A Framingham Heart Study in Framingham, Massachusetts in 1948, supported primarily by NINDS and NIH’s National Heart, Lung & Blood Institute, showed that the stroke risk between ages fifty-five to eighty-five doubles for each decade. Simultaneously, the Northern Manhattan Study, together with other studies in the States, shows that these two categories of stroke, hemorrhagic and ischemic, occur in equal proportions among young people. Therefore, when it comes to age, the elderly are at a higher risk, but that does not rule out the possibility of a young person suffering a stroke.

In children, the risk of getting a stroke is higher during the last weeks of the fetal stage and the first weeks after birth. This stage is the perinatal period. According to NINDS, children’s symptoms are often mistaken for other causes, which leads to a late diagnosis.

According to the CDC, stroke does not discriminate against gender or race. However, the blacks are at a higher risk of having a first stroke compared to the whites. Consequently, they have the highest death rates related to strokes. It is important to note that the Hispanics’ death rates due to stroke have significantly increased since 2013. This statistic makes blacks prone to stroke more than any other race. American Stroke Association argues that men have a higher chance of suffering from a stroke at a younger age than women, but ultimately, women succumb more to stroke than men.

While age is a significant risk factor for stroke, there are other underlying conditions that a person may have or various habits that make them vulnerable to stroke. Those at risk are those suffering from high cholesterol, obesity, diabetes, and high blood pressure. High blood pressure has been noted as a significant contributor to more than 12.7 million strokes annually worldwide. Smoking also puts people at risk of having a stroke. According to the World Health Report, 80% of Canadians have at least one risk factor.

In children, the risk factors include blood-clotting disorders, head traumas, congenital heart abnormalities, and in the case of African American children, sickle cell. A study of 3000 children in 1998 with sickle cell disease showed that 11% of them experienced a stroke before the age of 20; this risk is reduced by 92% through repeated transfusion of red blood cells to replace sickled cells, shown by studies funded by NHLBI.

Most Common Side Effects for Stroke

Stroke affects one side of the brain. The Rotterdam study shows that left-sided strokes are more recognizable than right-sided ones. Through direct comparison, TIAs and Ischemic strokes are more frequent on the left side. However, the difference is not present for infarcts on MRI, showing that right-sided strokes cannot be seen as most frequent because they are not easily recognizable. For more information on impairments following stroke click here.