Mobility and Leg Recovery Following Stroke and Other Neurological Injuries

One of the most common impairments resulting from stroke is paralysis, which can affect a portion or the entire side of the body. Problems with body posture, walking, and balance can be significant. Two thirds of the patients are unable to walk without assistance in the first week after stroke (Jorgensen HS et al. Arch Phys Med Rehabil, 1995). Approximately 35% of survivors with initial paralysis of the leg do not regain useful walking function (Hendricks HT et al. Arch Phys Med Rehabil, 2002). Although 65% to 85% of stroke survivors learn to walk independently by 6 months post stroke, gait abnormalities and poor endurance persists through the chronic stages of the condition (Wade DT et al. Scand J Rehabil Med, 1987).

END_OF_DOCUMENT_TOKEN_TO_BE_REPLACED

One of the most common impairments resulting from stroke is paralysis, which can affect a portion or the entire side of the body. Problems with body posture, walking, and balance can be significant. A patient’s rehabilitation should start as soon as he or she is stable. That could be anywhere from a couple of days to a few weeks or longer. Established guidelines, as well as a huge body of literature, insist that the earlier therapy is initiated the better.

END_OF_DOCUMENT_TOKEN_TO_BE_REPLACED 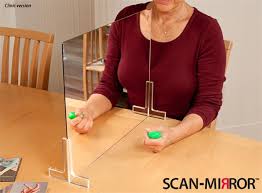 It is true that recovering from a stroke will be an uphill battle for many, however, it is also accurate that the latest research findings regarding neuro recovery are more promising than ever before. How serious are you with embracing evidence into your practice? As a clinician, are you stuck using numerous theoretical-based treatment concepts that have not scientifically been proven to be effective?

Listed below are some of the common interventions supported by research that have shown positive results. How many of the below techniques are in your current therapy toolbox? If just a few, then why?

END_OF_DOCUMENT_TOKEN_TO_BE_REPLACED 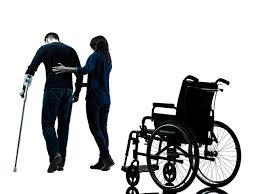 The results of a small clinical trial offer hope for people left with motor impairment following a stroke, after finding that an injection of adult stem cells into the brain restored motor function for such individuals, to the extent that some patients regained the ability to walk.