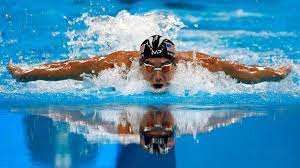 Before each race, Michael Phelps, the 28-time Olympic medalist, would sit quietly and perform mental reps, imagining his performance step-by-step.

Many current athletes and musicians use “mental practice” on a daily basis – to focus and improve their performance.Mental practice (MP), or motor imagery rehearsal, is the act of mentally rehearsing or visualizing certain actions in your mind.

MP triggers the brain’s motor, sensory, and perception centers, as if you were performing a physical task.When you mentally practice a movement, the muscles involved in doing the movement fire.This cognitive rehearsal of a physical skill is a critical treatment protocol for stroke survivors.

It’s been around for centuries.

What does this mean for stroke survivors?

While this is not the only remedy, it means you can improve your strength and function while sitting comfortably in your La-Z-boy, by simply imagining the activity or movement WITHOUT lifting a finger!

Unfortunately, MP is another highly effective tool that is “collecting dust” in many hospitals and clinics worldwide. Why is this the case? Listening to stroke survivors’ stories over the years, it has been reported that many therapists are unaware of what MP really is and its effectiveness.

Another reason for poor utilization is the lack of access to high quality audio recordings for stroke survivors to use in their treatment. To make it easy for clinicians and patients, Saebo has created a free mental practice app called SaeboMIND.

Patients can download this app and listen to various upper and lower body functional tasks.

Check it out here.
https://lnkd.in/dhxWwAXg

We also recommend watching Michael Phelps and his coach discuss Michael’s mental practice routines that helped him win all those shiny gold medals – YouTube below.