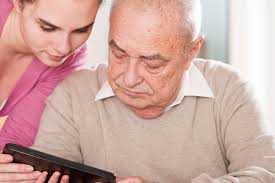 Damage to the brain after a stroke can cause many cognitive changes. Doing things that once were easy may now be hard. Problems with memory and thinking are very common after a stroke and most people will have some difficulties. After a stroke, cognitive rehabilitation can aid the mind just as physical therapy aids the body, according to Psych Central, an online mental health and psychology network. The purpose of cognitive therapy is to improve damaged mental abilities and language skills caused by a stroke.

For many suffering from a neurological injury such as stroke, online Apps are an important adaptive and therapeutic tool required to maximize independence and quality of life. Listed below are 7 helpful apps that clients with cognitive impairment should consider for ongoing treatment and functional use.

What’s the Difference  – Look and analyze what is the difference is between 2 objects.

Constant Therapy – The app can be used to improve speech, language, cognition, memory, reading, attention and comprehension skills with 65 categories of tasks, over 60,000 stimuli, and 10 difficulty levels.

Luminosity – Challenge your Memory, Attention, and more. Used by over 70 million people worldwide, Lumosity combines 25+ cognitive games into a daily training program that challenges your brain. Games adapt to your unique performances — helping you stay challenged in a wide variety of cognitive tasks.

CogniFit – Improve cognitive abilities, such as memory and concentration, with sleek, fun and addictive games designed by neuroscientists.

Eidetic – Eidetic uses a technique called spaced repetition to help you memorize anything from important phone numbers to interesting words or facts.