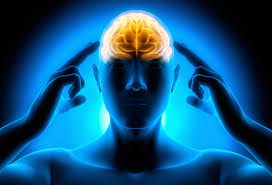 A stroke is the rapid loss of brain function(s) due to disturbance in the blood supply to the brain. When you have an ischemic stroke, there is an interruption, or reduction, of the blood supply. Eighty percent of all strokes occur due to ischemia. With a hemorrhagic stroke, there is bleeding in the brain. After about 4 minutes without blood and oxygen, brain cells become damaged and may die. When brain cells are damaged or die, the body parts controlled by those cells cannot function. The loss of function may be mild or severe and temporary or permanent. This depends on where and how much of the brain is damaged and how fast the blood supply can be returned to the affected cells.

Recovering from a neurological injury, such as stroke, can be challenging and unpredictable. While some may see improvement early on, others may require months or years of therapy before meaningful progress can be made. One’s overall recovery mainly depends on the location and amount of brain damage caused by the stroke, the ability of other healthy areas of the brain to take over functioning for the damaged areas, and rehabilitation.  In general, the less damage there is to the brain tissue, the greater the chances of a successful recovery.

Increased awareness has been raised by the potential of mental practice of motor tasks, also called ‘motor imagery’, as a way of improving motor recovery following stroke. Mental practice is described as the rehearsal of a physical activity in the absence of any physical movement. Mental practice has been proven to be effective for athletes and musicians in improving their motor and skill performance. The reason that this technique works so well seems to be because, when we mentally rehearse an activity, the same muscles are activated as if we are actually performing the activity.

Studies demonstrate that during mental practice intervention the same brain areas are as activated as during functional tasks. Therefore, overtime, repeated use of mental practice may provide some of the same benefits as physically rehearsing a task. Studies by Decety and colleagues (1996) have shown that imagery of movement activates largely the same brain areas that are activated when movements are actually executed. Moreover, just observing movement has been shown to activate cortical motor areas (Grezes and Decety, 2001).

Recent research now shows that rehabilitation programs that include mental practice in therapy have the potential to increase outcomes in motor impairment and functional rehabilitation significantly. Because of the encouraging evidence, using mental practice as a neuro-rehabilitation technique is becoming more widely used in the clinical community. Theoretically, with findings similar to the above, one can assume that if mental simulation of action excites neural activations of corresponding motor areas, then the potential exists to reorganize the brain in the absence of movement execution.

Mental imagery is best done in a quiet environment so distractions are minimized. Ideally, imagery is often done either immediately before or after practicing actual movements of the affected upper extremity. The client is instructed to imagine all of the steps of a successful task or activity. At the same time, position the client’s affected upper extremity in the correct position for the start of the movement that is to be imagined. The therapist provides specific instructions describing the activity to be imagined, including the specific upper extremity movements required to complete the task, the number of repetitions or the duration of the activity.

Mental imagery scripts can be composed for many different activities depending on the client’s goals.

Activity: Reaching for a pen